In Tiny Doses, An Addiction Medication Moonlights As A Treatment For Chronic Pain

Lori Pinkley, a 50-year-old from Kansas City, Mo., has struggled with puzzling chronic pain since she was 15.

She’s had endless disappointing visits with doctors. Some said they couldn’t help her. Others diagnosed her with everything from fibromyalgia to lipedema to the rare Ehlers-Danlos syndrome.

Pinkley has taken opioids a few times after surgeries but says they never helped her underlying pain.

“I hate opioids with a passion,” Pinkley says. “An absolute passion.”

Recently, she joined a growing group of patients using an outside-the-box remedy: naltrexone. It is usually used to treat addiction, in a pill form for alcohol and as a pill or a monthly shot for opioids.

As the medical establishment tries to do a huge U-turn after two disastrous decades of pushing long-term opioid use for chronic pain, scientists have been struggling to develop safe, effective alternatives.

When naltrexone is used to treat addiction in pill form, it’s prescribed at 50 mg, but chronic-pain patients say it helps their pain at doses of less than a tenth of that.

Low-dose naltrexone has lurked for years on the fringes of medicine, but its zealous advocates worry that it may be stuck there. Naltrexone, which can be produced generically, is not even manufactured at the low doses that seem to be best for pain patients.

Instead, patients go to compounding pharmacies or resort to DIY methods — YouTube videos and online support groups show people how to turn 50 mg pills into a low liquid dose.

Some doctors prescribe it off-label even though it’s not FDA-approved for pain.

For discussion of mechanism and case reports of the remarkable efficacy of this anti-inflammatory medication, use search function top left above small photo. Thankfully his insurer is covering the cost of the compounded capsules.

The material on this site is for informational purposes only.
.
It is not legal for me to provide medical advice without an examination.

.
It is not a substitute for medical advice, diagnosis or treatment provided by a qualified health care provider.

Welcome to my Weblog on Pain Management!

Best wishes to all! 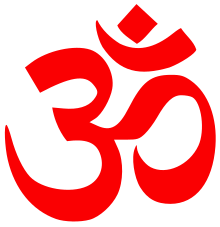 Please ignore the Advertising – has nothing to do with me.

After Ketamine for pain, complaints of depression dropped in half & pain reports were lower

“The occurrence of complaints about depression dropped in half after ketamine administration,” said UC San Diego Skaggs School of Pharmacy professor Ruben Abagyan, who led the study.

The researchers focussed on the FDA’s Adverse Effect Reporting System, a database that tracks negative side effects among people who take various drugs. But the researchers were not primarily interested in bad outcomes.

Instead, they looked for a positive outcome: declining rates of depression among people taking drugs not typically thought of as antidepressants.

They found signs that other common drugs — including Botox, a pain reliever called diclofenac and the antibiotic minocycline — also reduced depression among patients in the FDA database.

[minocycline is a glial modulator and it can prevent CRPS from spreading.]

“The findings are of considerable interest. However the interpretation of the findings are key,” he wrote, saying it will be important to understand whether ketamine is directly treating depression or simply relieving pain, which can indirectly help people experience less depression.

This is the open source (free) article in Nature with brief excerpts below:

We found that patients listed in the FAERS database who received ketamine in addition to other therapeutics had significantly lower frequency of reports of depression than patients who took any other combination of drugs for pain (LogOR −0.67 ± 0.034) (Fig. 1c). This reduction in depression is specific to ketamine and is known to be much more rapid than current antidepressants, making this observed effect very promising for treatment of patients with acute depressive or suicidal episodes. These patients cannot afford to wait up to six weeks for reductions in their depressive symptoms. Pain reports were also significantly lower for ketamine patients (LogOR −0.41 ± 0.019) (Fig. 1c).

The analysis of the whole FAERS database revealed several other unintentional depression reducing drugs among antibiotics, cosmeceuticals and NSAIDS (Fig. 2). Our data supported previous studies that observed the psychiatric polypharmacology of minocycline [my emphasis], a tetracycline antibiotic14 (Fig. 2). The NSAID, diclofenac [that has highest incidence of heart attack and cardiac arrhythmia of any NSAID], was also observed to have some antidepressant properties (Fig. 2). It is theorized that both of these drugs may accomplish antidepressant effects through an anti-inflammatory mechanism. Because of the antidepressant activity of several NSAIDs, we further separated the non-ketamine pain cohort. Ketamine patients were then compared to patients who received any other combination of drugs for pain excluding NSAIDs. It was observed that depression event rates remained low (LogOR −0.56 ± 0.035) (Fig. 2)..The reduction of depression rates in ketamine patient records makes a case for study of ketamine as a psychiatric drug. These results imply that ketamine may be further explored as a monotherapy or adjunct therapy for depression. It should also be noted that FAERS data revealed that ketamine use [may] lead to renal side effects and awareness and caution in patients with renal or hepatic impairment may be warranted (Fig. 1a and b). [my emphasis].

As an important side note, we also evaluated efficacy and side effects with the use of ketamine for pain management. We found that patients who were on ketamine had reduced opioid induced side effects including constipation (LogOR −0.17 ± 0.023), vomiting (LogOR −0.16 ± 0.025), and nausea (LogOR −0.45 ± 0.034) than patients who received any other combination of drugs for pain indications (Fig. 1d). Our data supports ketamine’s opioid-sparing properties and alludes to the fact that patients may receive benefits of improved pain, reduced requirement of opioids, and ultimately less opioid reduced side effects.

The results of this study support previous small scale studies’ conclusions that ketamine is a good monotherapy or adjunct therapy for depression. In clinical practice ketamine would be especially useful for depression because of the quick onset of its action compared to existing first line therapies. Regardless of the causative mechanism ketamine appears to have therapeutic potential for TRD. Further, the potential to reduce many of the most complained side effects of opioid treatment makes ketamine adjunct therapy for pain seem desirable.

Overall, this study demonstrates that the therapeutic potential of ketamine can be derived from appropriate statistical analysis of existing population scale data. This study also outlines a methodology for discovering off label pharmacology of existing approved drugs. This method can be applied to other indications and may reveal new important uses of already approved drugs, providing reliable justification for new indications without large investments in additional clinical trials.

FDA Adverse Event Reporting System. The FAERS database was created to support FDA’s post marketing surveillance on drugs and biologic therapeutics. It contains adverse reaction and medication error reports sent to the FDA through MedWatch, the FDA Safety Information and Adverse Event Reporting Program. Reporting is voluntary and is done by patients, family members, legal representatives, doctors, pharmacists and other health- care providers. If any party reports an adverse effect to the manufacturer, the manufacturer is legally obligated to forward the report to the FDA. Data is available online in quarterly format for AERS from the first quarter of 2004 to the third quarter of 2012 and for FAERS from the fourth quarter of 2012 to the first quarter of 2016.

The study used over 8 million adverse event reports from first quarter of 2004 to the first quarter of 2016. All the quarterly files from 2004 to 2016 were combined into a master file which was used as the primary source for analysis. . . .

The material on this site is for informational purposes only.

It is not legal for me to provide medical advice without an examination.

It is not a substitute for medical advice, diagnosis or treatment provided by a qualified health care provider.

This site is not for email and not for appointments.

If you wish an appointment, please telephone the office to schedule.

For My Home Page, click here:  Welcome to my Weblog on Pain Management!

Please IGNORE THE ADS BELOW. They are not from me.